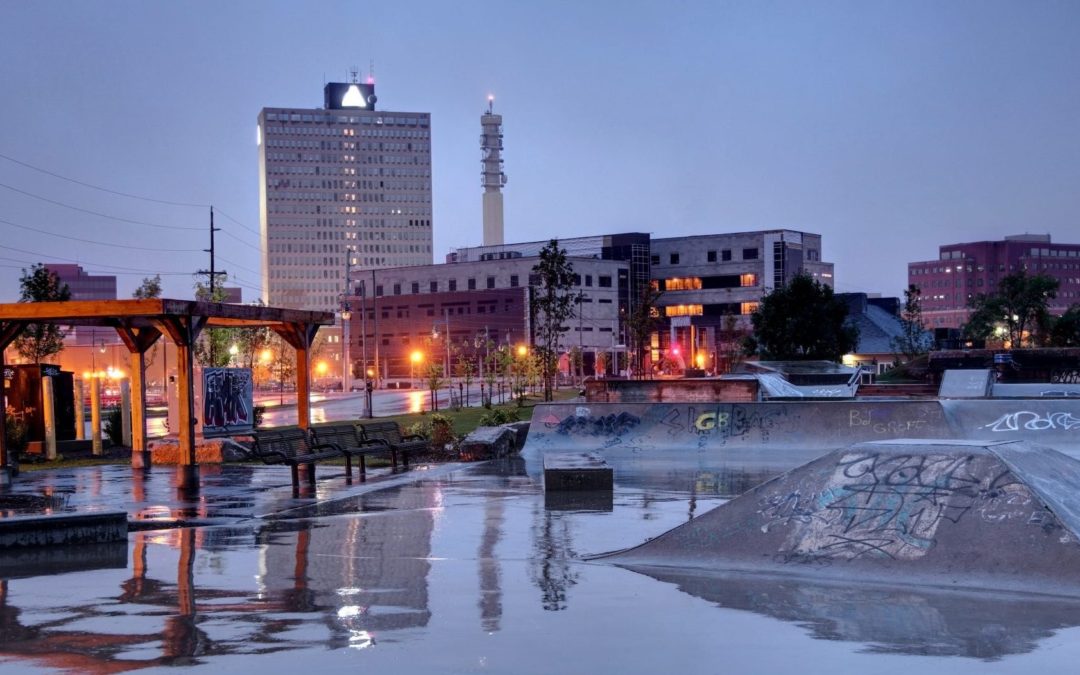 MONCTON – Moncton has the most youth-friendly employment environment in Canada, according to the newly released YouthfulCities Canadian Index.

The index looked at how 13 cities of various sizes across Canada fare based on 20 indicators divided into three themes: live, work, and play.

“Moncton does well in education, partially because of its size and the number of post-secondary institutions in the city. It’s also doing well with affordability,” said Robert Barnard, co-founder of YouthfulCities, in an interview with Huddle.

For its size and population, the city has the highest number of post-secondary institutions and the most post-secondary students. It also boasts the lowest cost for monthly transit passes and the third-lowest for rental housing.

“The cities that are successful tend to score well in all of the 20 indicators,” Barnard said. “The most important are safety, health, education, employment and affordability.”

Moncton Mayor Dawn Arnold said municipal staff are already working on making the city more “smart, innovative and desirable.” She says the index would help them assess what can be improved.

“Our number one issue is talent attraction,” she said. “We have jobs and we need that 15-29-year-old demographic. And the competition for this sector is enormous. So if there are things that we can do better on, that’s fantastic.”

The report authors do stress, however, that none of the cities scored particularly well overall.

The data shows the top three cities – Toronto, Vancouver and Montreal – only receive a C-grade when it comes to things that youth prioritize. The second group of eight cities, which includes Moncton (9) and Halifax (11), failed to get a passing grade. Hamilton (12) and St. John’s (13) lag both groups, meaning all of the cities have much to improve on.

“Work is a tough spot for [Halifax and St. John’s],” he said. “But Moncton and Halifax are very close. A few initiatives could flip [their positions]. Entrepreneurship is a bit better in Moncton [right now].”

“One thing that’s concerning to me for Moncton is it was last in civic engagement,” Barnard said. “Getting more young people engaged in council and things like that, that could be an area for the city to look at.”

These are things that Arnold said her team is on track to improve. She said investments made in the downtown core is meant to increase walkability, density and vibrancy in the city.

On civic engagement for youth, her office holds idea contests for children in elementary school. She also plans to expand the size of her advisory board that’s made up of high school students and explore similar engagement strategies for youth over the age of 20.

“It’s about empowering, even the grade fours, to feel that they’re citizens of this city and that they have a voice and that they can step up and affect change.”

YouthfulCities hopes the index could help cities look at where their strengths and weaknesses are and learn from each other. The next one will likely include double the number of cities.

“We set this up as the start of the conversation, not the end,” Barnard said. “We want youth to get more engaged.”

The report took from primary and secondary data collected by young researchers in each of the 13 cities. It was submitted using collaborative, cloud-based research workbooks, checked centrally, normalized and then scored to create the rankings.